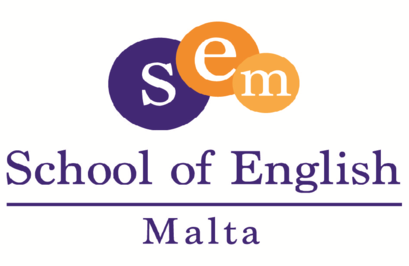 Go to one of the local festas.

ask us for more details

Lots of fun activities and leisure things to do.

The beautiful Mediterranean Sea - great for swimming, diving and sailing 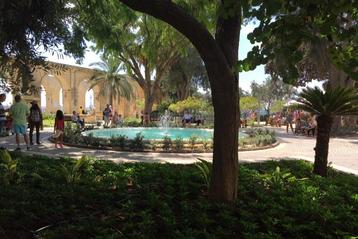 Trip to the silent city of Mdina - it is a walled city, very old with great views of the whole of Malta. You can see the cathedral, the Norman house and the winding streets. There are some shops selling souvenirs and the place is quite unique. Outside Mdina there is a park and at the end of the park there is a Roman Villa (entrance ticket to Roman Villa would need to be paid seperately if you decide to go in.)

Mellieha is one of the nicest places in Malta. Boasting a great beach, this sandy bay is ideal for swimming between the months of April and October. The tour includes a short stop on the hill from where you can take some panoramic photos. There is also a beautiful church made from Maltese limestone. Depends on what time you arrive you might also manage to see the old chapel (some say it is 2000 years old). On the hill you can also see the caves where people used to live up to the early 1900's.


The three cities tour is a splendid tour for those who love history. The three cities located around the Grand Harbour are now becoming the spot light for many activities focused on the great fortifications of St Angelo. There is a nice waterfront walk too. In the three cities there is alot to see -  Palace of the Inquisitor, Churches, monuments and of course the marina where the rich and famous come with their super yachts. It is considered to be one of the nicest marinas in the world.

This day tour also includes viewing the temples of Hagar Qim. The entrance ticket is purchased seperately. Prices can be seen on this link: http://heritagemalta.org/museums-sites/hagar-qim-temples/

Ħaġar Qim  means "Standing/Worshipping Stones"). It is a megalithic temple complex found on the Mediterranean island of Malta, dating from the Ġgantija phase (3600-3200 BC). The Megalithic Temples of Malta are among the most ancient religious sites on Earth, described by the World Heritage Sites committee as "unique architectural masterpieces. In 1992 UNESCO recognized Ħaġar Qim and four other Maltese megalithic structures as World Heritage Sites. V. Gordon Childe, Professor of Prehistoric European Archeology and director of the Institute of Archaeology in the University of London from 1946-1957 visited Ħaġar Qim. He wrote, "I have been visiting the prehistoric ruins all round the Mediterranean, from Mesopotamia to Egypt, Greece and Switzerland, but I have nowhere seen a place as old as this one." 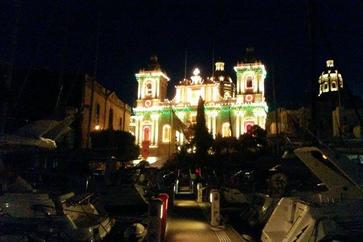